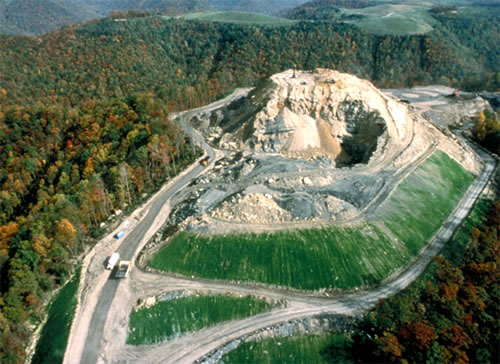 Solastalgia: the emotional and mental distress of a person living in a deteriorating natural environment, an existential anxiety about and grief for a vanishing landscape and its biota; a neologism coined by Glenn Albrecht (b. 1953), philosopher and retired professor of sustainability at Murdoch University in Western Australia.

The collapse of the natural world happened so quickly, the greater part of it during our own lifetime. Caught in a cataclysm of environmental destruction of our own making that has proliferated beyond our power to control or even regulate, we have become a worldwide civilization of 7.5 billion people who are virtually all tormented by solastalgia.

Historically, indigenous peoples around the world have for hundreds of years witnessed the devastation of their homelands and ecosystems with a sense of solastalgia, ever since Western civilization metastasized out of Europe with its the myth-shattering religion of science empowered by the moral certainty and prerogative of Christianity. Although it is true that warfare and conquest are as ancient as the first prehistoric tribal battles over rights to a hunting ground or a salt lick, the subjugation and exploitation of land and its resources and people have accelerated at a terrifying pace since the dawn of the Industrial Age under the banners of “progress” and “higher civilization.”

The outcome was never in doubt: the world’s indigenous peoples are all gone. Progress and advanced civilization wiped them off the face of the Earth or converted them to the tenets to the new order. Now it’s our turn to be dispossessed, our turn to plunge into the anxiety and grief of solastalgia.

Although the term did not appear in print until 2005 and was not accepted by the medical profession as a psychological phenomenon until 2015 the concept of solastalgia is as old as the first fables and artwork of emergent mankind, late in the Paleolithic Period of pre-history. It was surely experienced by Cro-Magnons when the last wooly mammoth of the once vast herds fell to their stone-tipped spears and by the Polynesians of Rapa Nui when the last palm tree of the once densely forested Easter Island toppled to their axes.

Since the shadowy epoch of evolutionary time when we became the species known as mankind we have had a predilection to consume the Earth and all its bounty. The people of every civilization, arguably every human society however backward and rudimentary, have exploited their environment to the limit of their technology, from prehistoric men with their stone-chipped hand tools that harvested wild wheat and scraped animal hides to 21st century men with our monstrous steel machines that tear apart mountains and mow down forests.

Man’s ever increasing use of natural resources has always caused cultural transitions that must have created feelings of unease and nostalgia among affected populations, but today solastalgia troubles virtually everyone: Oklahomans whose houses tremble and collapse from earthquakes caused by the high-pressure injection of oil production wastewater into the bedrock of the state; Iowans whose air and water are poisoned by millions of gallons of hog manure slurry poured onto open farm fields; West Virginians whose mountain tops are ripped down by massive coal mining machinery.

We have become frighteningly proficient at leveling, depleting, polluting, and desecrating landscapes – and consequently at inducing endemic solastalgia. Intellectually and culturally we have raced into an industrial-technological era that has no use for the natural world beyond the resources it can supply to feed the machine. A piece of land and its populations (mineral, plant, animal, and human) have no worth beyond their economic value.

But psychologically people have a deep intrinsic need for nature, for the permanence of the land and the ecosystems that inspire and comfort them. Stripped of the natural world mankind is divested of imagination, creativity, spirituality, and a sense of well-being and belonging. Each year, more than 300 million people visit one or more national parks in the United States. They do not go there to see a coal mining machine tear down a mountain. They go to see the unspoiled remnants of the natural world, the wild and wilderness vistas that restore their mental and emotional balance.

We have blundered into an era of civilization when false belief in consumer values overrides understanding and appreciation of the natural world. Our folly in casting away the principles of conservation and sustainability of the land and its resources (and its people) will continue to cause a rising tide of solastalgia, of the emotional and mental distress of all of us living in a deteriorating landscape.

Civilizations and cultures that have exploited and depleted their lands and resources have historically dwindled down to dismal endings marked by poverty, deprivation, illness, and starvation. Now we, as a global civilization, are racing toward the brink of the chasm due to our unsustainable abuse of the natural world. Environmentalists who warn of the consequences of climate change are apt to quote George Orwell: “Sooner or later a false belief bumps up against a solid reality, usually on the battlefield.” I am more inclined to quote from T.S. Eliot’s poem The Hollow Men: “This is the way the world ends. Not with a bang but a whimper.”

More essays and stories about life in the North Country are published in my four collections of essays and two novels, all available through my Author Page on Amazon.com Jerry Johnson Author Page