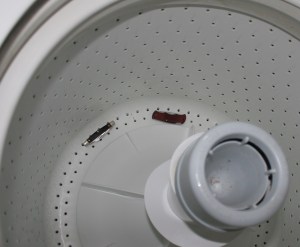 The advantage of a bad memory is that one enjoys several times the same good things for the first time.

Not to brag, but I have the cleanest and best-maintained bird knives of all the members of the Over the Hill Gang.

I can say that with some certainty, because I run my bird knives through the washing machine about once a week. Sometimes more often.

Not intentionally, of course. I forgetfully leave my folding knives in the pockets of my pants, and when I notice they are missing and go searching for them, there they are again in the basket of the washing machine, usually wedged under the rim of the agitator. It’s become the first place I check on the weekly pocketknife hunts.

A machine washing always requires an impromptu drying, sharpening, and oiling session, so my bird knives are always in peak condition. They appear brand new.

Actually, in the course of any given autumn they could very well be brand new. My pocket knives are never too old, never acquire that many-times-honed, thin-bladed, worn-bolstered, smooth-grip look much admired by old bird hunters as evidence of service rendered on hundreds of hunting adventures through the decades. Because I frequently lose them in the field, too.

By this time of my outdoor life, I should have learned not to lay a pocketknife on the ground, ever. Not after field-dressing a pheasant, trimming a few annoying extra inches off boot laces, clipping a bird dog’s split nail, removing a thorn from her pad, or slicing the lunch time brick of cheese and roll of summer sausage. Whenever I’m using my folding knife, for anything, a red warning light should blink brightly in my head as a recorded voice recites, “Immediately after you complete this task, please close your knife and place it back in the side pocket of your pants.”

But I don’t. I lay it on the ground or on the bumper of the pickup truck, and the next time I reach in my pocket for it I am seized by that hollow-stomached realization that it is gone forever, lying in the trackless sweep of shortgrass prairie where I dropped it while doing a final examination of Sasha’s doctored paw, or alongside a dusty gravel road where it bounced off the bumper during the course of the drive back to camp.

My favorite bird knife is a Schrade OldTimer “Middleman” model, three-bladed, about 3 1/4 length, closed. The Schrade company must regard this knife as one of its best-sellers in the North Country since I have bought several of them over the years. Some 23rd century anthropologist will probably come to the same conclusion after finding rusted but identifiable examples of this particular knife in “…traditional hunting areas across most of the region once known as the Upper Midwest.”

About a third of those ancient relics of the hunter’s life will be mine. Across Montana, the Dakotas, Nebraska, Minnesota, Wisconsin and Iowa I have lost at least 10, probably a dozen. Damn. Well, each new one cost only $18. Plus sales tax. And about $100 worth of vexation.

Twice I have discovered folding knives in the pockets of pants I seldom wear. On both occasions, unfortunately, it was while my wife and I were waiting in line to go through airport security checks. Since I have a stainless steel hip joint and femur, I always set off alarm buzzers and become the object of much attention from the FSA people, who are politely insistent that I must be “wanded” and patted down. Finding a knife in my possession would have excited them even more, I’m sure, so both were tossed into a handy waste basket.

I do not know what becomes of all those “last chance for disposal” items in airport security trash cans, but I hope my two perfectly good and sparking clean pocketknives passed into the hands of another bird hunter. In all likelihood, few such people work at Chicago O’Hare Airport, but you never know.

Not limiting my absentmindedness to bird knives, I have also lost many dozens of rounds of shotshells, several hats, a bird vest, six or seven whistles, several compasses, two pair of boots, a dog travel crate (foldable, and therefore easily concealed from sight), three dog water bowls, a gun cleaning kit, and, most painfully, the control unit for a Tri-Tronics Upland Special training collar. That moment of carelessness cost me $252.

To date, I have not lost a gun, unless you count the blank cartridge pistol I was using to introduce a Labrador retriever to gunfire while training at a mucky marsh on a hot August morning. It wasn’t a good one, anyway.

If the money spent on replacement knives and other equipment could have been set aside in my mad-money jar, I could today be contemplating the purchase of a customized Aguirre y Aranzabal double gun (16 gauge, 6 1/2 pounds, 28-inch barrels, choked skeet and modified). Instead, this morning I was contemplating the purchase of yet another Schrade Old Timer Middleman bird knife. Until I found my current one in tub of the washing machine.

After the well-practiced regimen of drying, sharpening and oiling, it looks brand new. When in fact I have had this old pocketknife for, let’s see, it must be almost five months now.

More stories about hunting and life in the North Country are published in my collection of essays, Crazy Old Coot, and my novel, Hunting Birds. My latest book, Old Coots Never Forget, will be available by May 1. All are available in Kindle and paperback editions at Amazon.com.